For me, this is about as unlikely a collection as possible – matchbooks. Unlikely because I’ve always hated being around cigarette smoke. When we finally got a car my Dad would drive us places on weekends for fishing or picnics. This was all new territory since the only car we had previously was way before I was born. Both of my parents would be puffing away in the closed car – ugh. My Dad was a scary driver, so I can’t blame my Mom for nervous smoking…many a day she had a white knuckle grip on the dashboard. It’s no wonder that I got car sick. Upon arrival to these much anticipated outings, I was always in rough shape – dizzy, nauseous, and frustrated that I didn’t feel better. We made very few trips to the NJ shore points because my Dad wasn’t a huge fan of the beach. When we did go, it was never to one of the resort type of places with rides or a boardwalk. It was usually a spot more geared toward fishing or crabbing. It was fine though, because I loved the sun and the air and the smells at the coast.

Mostly, we used to go to Washington’s Crossing State Park. Again, Dad liked fishing and the Delaware River in that area was a great resource. He preferred this setting to the shore areas. Back then, there were sections of I-95 that were not finished and he used to take the back roads – it took forever to get there. When we did finally arrive I would have to lay down in the fresh air for about an hour until I felt better. My Mom started giving me Dramamine for these trips. The pill would knock me out for the ride, but they would have to wake me up when we got there and it would take what seemed like hours for the drowsy feeling to go away – I hated that too. I just wanted to enjoy the destination once we arrived, but there was always a delay so that I could normalize. Mercifully on the way home, I was usually tired from the events of the day, and would fall asleep. Later the interstate was opened all the way through and it shaved a good bit of time off of the trip. In spite of the fact that I was sick every time we arrived, I loved it there and still do. We continue to have a family outing at least once a year if possible (I no longer get car sick).

But it wasn’t just being trapped in the car with smoke I hated – everyone smoked everywhere. Ornate ashtrays and fancy lighters adorned coffee tables. There was just no escaping the smoke – inside or out. I remember in the late 1960’s my sister started smoking cigarettes called Eve. They had really pretty floral packaging and even had flowers on the filters! The tag line was – farewell to the ugly cigarette. What marketing! Flower printed filters, even used ones really did dress up an astray full of cigarette butts.

Funny, but cigars never had the same effect. My friend Bobby’s father – Benny, was a very nice man. He would give us $1 for candy. This purchased a LOT of candy since most of the money went towards penny candy. It drove the store clerk crazy when we showed up to make our selections – over a hundred pieces of penny candy (some were 2 or 3 for a penny), each carefully chosen – no random grabbing by the person behind the counter! As I remember it, Benny was in the “junk” trade, which looking back reminds me of the shows on TV now about “pickers”. He always had awesome stuff that and we were allowed to play with it! There was almost a full set of those heavy diner dishes with the green stripe around the edge – we played restaurant with those. There were also some cool clocks. One that was gold washed metal and had large figure of a standing horse with an ornate western saddle. The other one was a brick look fireplace with logs inside. When you plugged it in, the flame area lit up and something in there turned to make it look like flickering flames – I loved that one. But back to Benny…he smoked cigars and I never minded the smell of them. Maybe it was just by association – the cigars equaled Benny, and Benny equaled all of the fun stuff.
In an odd turn, when I was going to college in Philadelphia, they would hand out sample packs of cigarettes on the street. I was only 16 when I started college, and a bit awkward and out of place, but that was the norm for all of my school years. This was the very late 1970’s and to my utter amazement, the students were smoking in the classroom. Well, in an effort to fit in or maybe feel older, or just experience what seemed like bold freedom, I accepted a few packs of these free cigarettes – “Newport”, to be exact. It was late September and the weather in Philadelphia can still be quite mild. I remember “lighting up” right in the afternoon class on a warm and sunny day. I was wearing a great sweater and vest set that my Mom crocheted for me, along with a long floral print peasant skirt and high heeled lace up boots. So there I was, smoking, wearing an awesome outfit – AND I knew all the moves of an experienced smoker from years of forced observation. I felt really cool – for about five minutes. Then that old familiar, ill feeling started to wash over me…the heat, the smoke, the dizziness (menthol cigarettes did not help). First and last time I ever had a cigarette, however I’ve been known to enjoy an occasional cigar, and even ended up as a cigar buyer for one of my employers, but that’s another story.

And finally, here’s where the matches come in.

The cigarette marketing carried over to matches. Establishments would have customized matchbooks that you would grab for free, I guess with hopes you would think of the place until the book was used up or advertise it to someone else if they borrowed the matches. 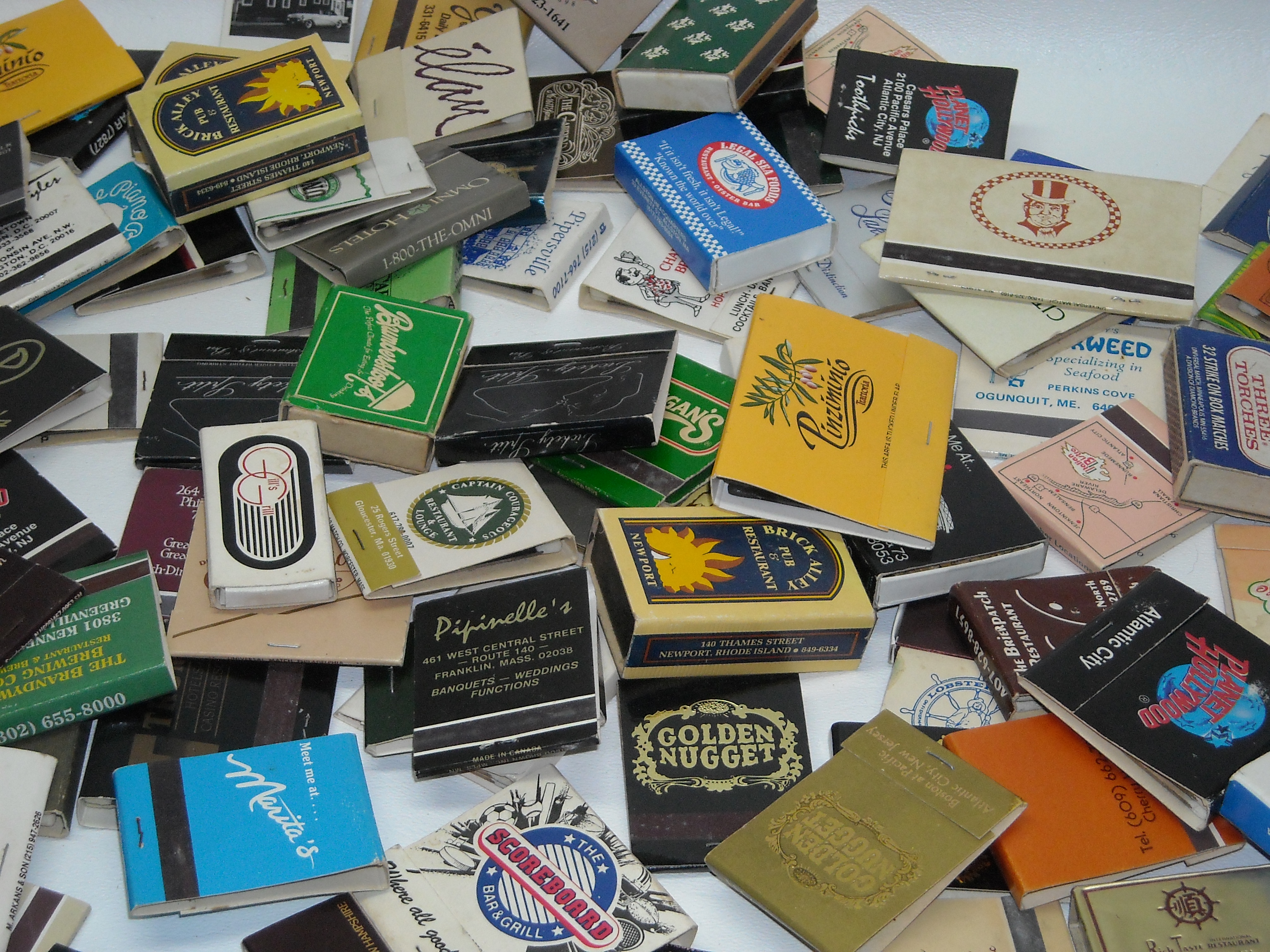 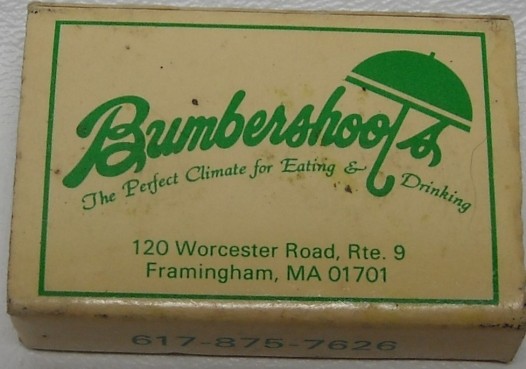 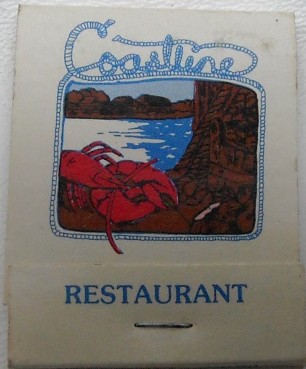 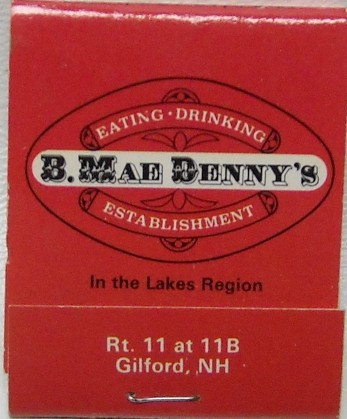 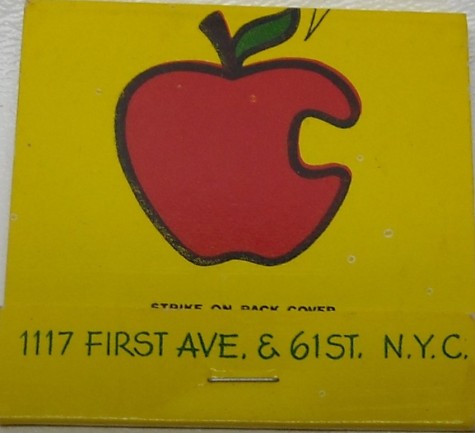 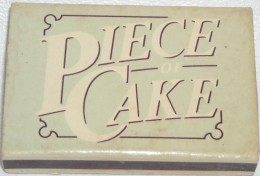 I think I started picking these up in the late 70’s and would grab them from restaurants or bars whenever possible. I wasn’t using them, I either liked the cover or I just wanted a memento of the place.

Eventually, when smoking in public places fell from favor, so did providing branded matches to customers. There was a period where matches were still available, but custom books were being replaced by plain white books. I guess the expense of printing up special books wasn’t paying off…maybe some still do, but I haven’t seen any in my travels. I know people used to have personalized matchbooks printed for weddings too. I haven’t been to a wedding in a while, but I can’t imagine this is much of a trend anymore.

I always thought to get one of those frames with rods running across that are made to display matchbooks, but I never did. They are just in a wooden box in the basement and will hopefully never meet a spark – in fact, I think I’ll put them in a metal tin. Many of the places don’t exist anymore and just going through the matches is a trip down memory lane. Imagine how many I would have if they were still available to grab on your way out!